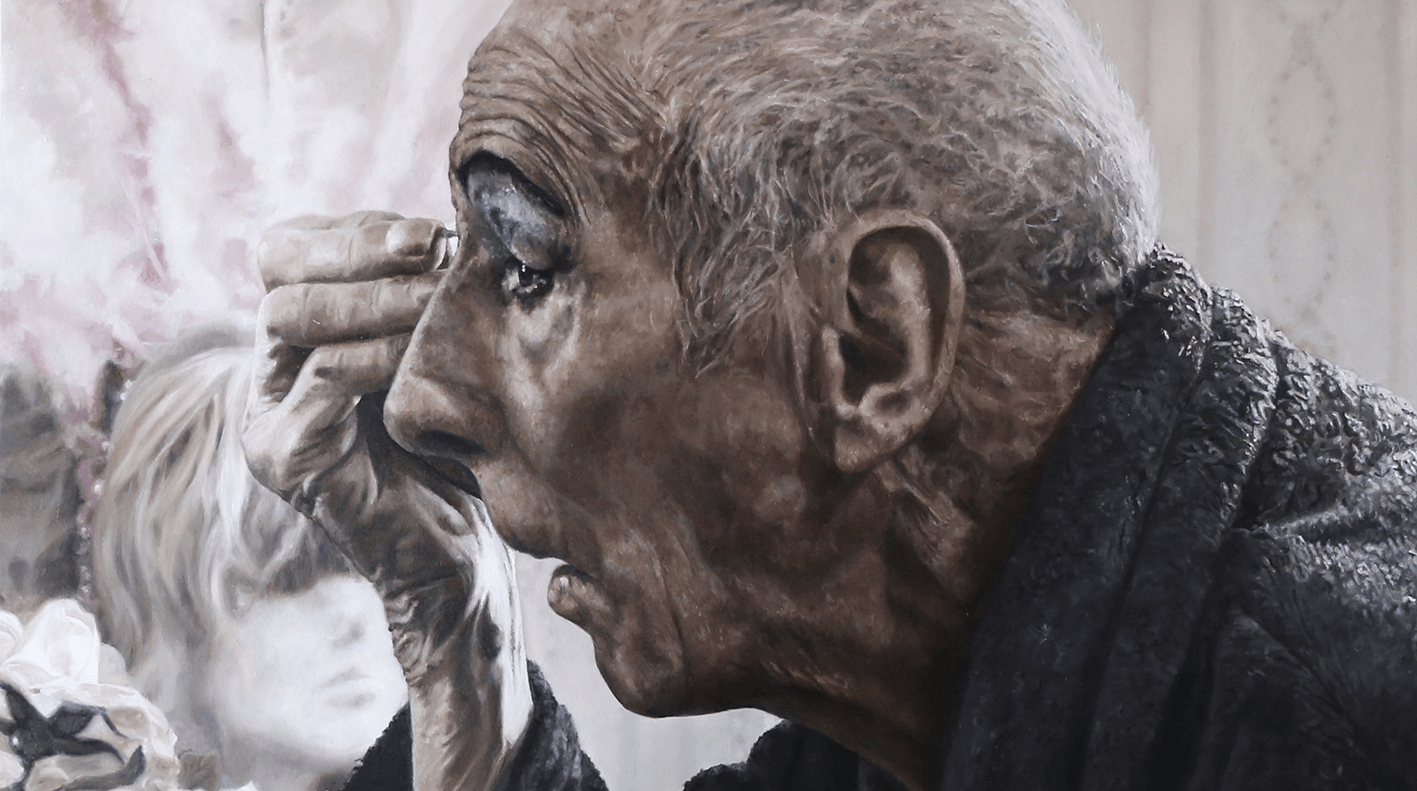 I painted two portraits of Ken Atherton (otherwise known as Tootsie) last year, and both went on an amazing journey.
One of them won the Kennedy Prize in SA and also the People’s Choice in the Lester Prize at the Art Gallery of WA.
The other was on the Mod Portrait Prize at the MEAM Museum (European Museum of Modern Art). This gave me the perfect excuse to travel to Spain and practise Spanish, which I’m teaching myself. (Remember when travel was a thing before Coronavirus?)
To give you an idea as to why the success of the paintings was so significant to me, I’ll give you some of Tootsie’s background.

At the age of 16, his twin brother died. His mother, unable to deal with the grief committed suicide by drinking carbolic acid. Tootsie was the one who found her a fortnight before his eighteenth birthday.
And then, to add to this grief, Tootsie was done a great injustice. In 1953, at the age of 20, he was jailed in Pentridge for two years solely for being gay.
It was only in his 60s that he finally felt he was accepted for being who he is. He started dressing in drag and performing the pub circuits of Melbourne.

Tootsie died a couple of weeks before seeing the paintings. And one of his friends said when the portraits did so well, ‘the old bitch can’t get out of the spotlight.’
Well, you stay in the spotlight, Tootsie. You deserve it.

This is a tiny painting, not much bigger than you would be seeing if you're…

It's always wonderful to see your artwork in its new home. So I thought I'd…

Here's the portrait I did of my mum finished, and titled, 'Beautiful at Eighty'.She is…