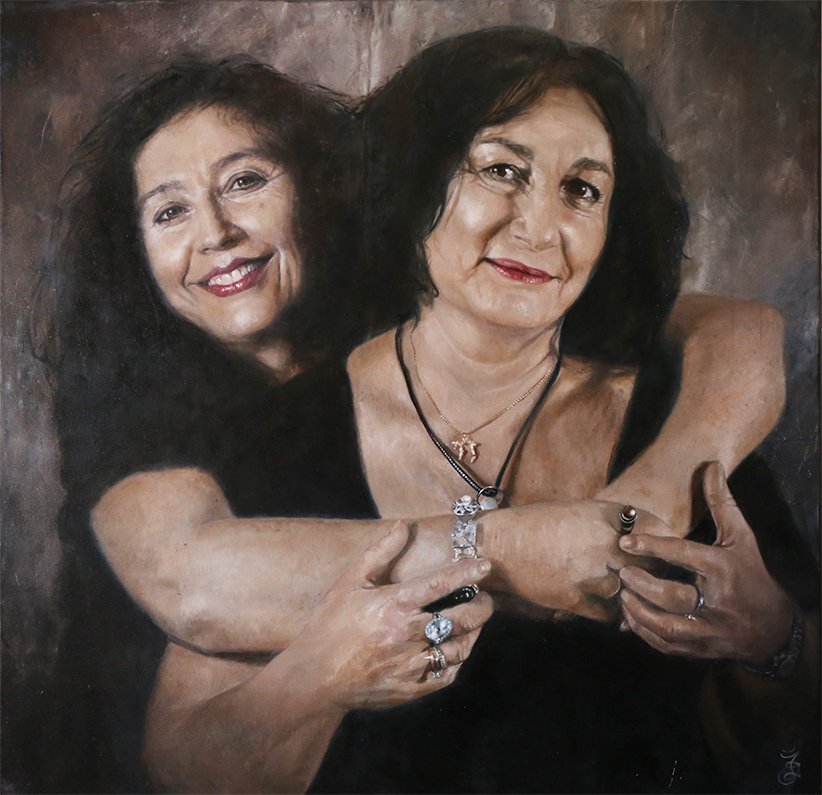 Another painting of mine is about to jetset over to Barcelona as part of an exhibition for International Women’s Day.

This painting is of Elena Kats-Chernin and her sister Laura. They have a lovely connection. They don’t hug much in real life, so it’s special that they are in the painting.

Here are a few interesting facts about International Women’s Day:

This is a tiny painting, not much bigger than you would be seeing if you're…

It's always wonderful to see your artwork in its new home. So I thought I'd…

Here's the portrait I did of my mum finished, and titled, 'Beautiful at Eighty'.She is…